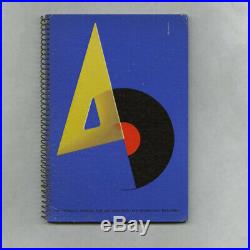 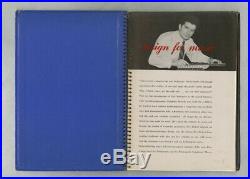 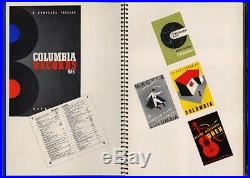 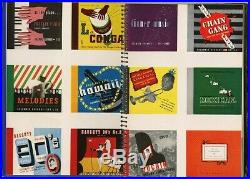 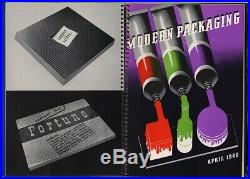 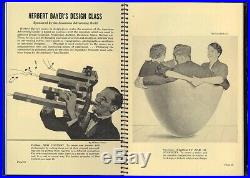 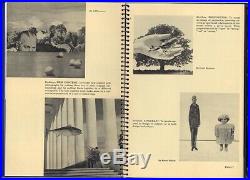 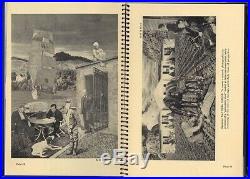 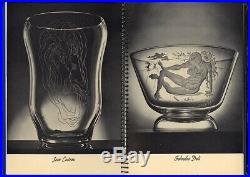 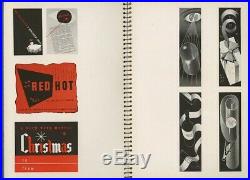 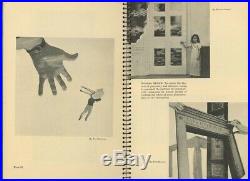 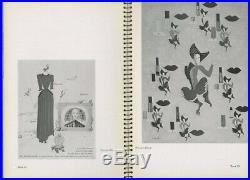 Books Reviewed: Animal Drawing by John Skeaping; The Suicide Club by Robert Louis Stevenson, and the Nineteenth Annual of Advertising Art - 1940. Trade advertising for Arrow Engraving Co. Supreme Printing Service, Strathmore Paper Co. Flower Electrotypes, Pioneer Moss, Walker Rackliff, Fuchs and Lang Mfg. In 1939, at the age of 23, Alex Steinweiss revolutionized the way records were packaged and marketed. As the first art director for the recently formed Columbia Records, Steinweiss saw a creative opportunity in the company's packaging for its 78 rpm shellac records. The plain cardboard covers traditionally displayed only the title of the work and the artist. "They were so drab, so unattractive, " says Steinweiss, I convinced the executives to let me design a few.

For what he saw as 12-inch by 12-inch canvasses inspired by French and German poster styles, he envisioned original works of art to project the beauty of the music inside. In 1947, for the first LP, Steinweiss invented a paperboard jacket, which has become the standard for the industry for nearly 50 years. Alex Steinweiss was born in 1917 in Brooklyn, New York.

His father loved music and instilled the passion in him. In 1930, Steinweiss entered Abraham Lincoln High School. His first artistic endeavors resulted in beautifully articulated marionettes. These brought him to the attention of the art department chair, Leon Friend, co-author of Graphic Design (1936), the first comprehensive American book on the subject. Steinweiss's first day in Friend's class was a magical experience.

"To see these young men painting letters with flat-tipped brushes was one of the great inspirations of my life, " he says, I had to get involved with that! He learned the principles of design and how to apply them through daily contact with the endless array of beautiful examples of poster design, typography, drawing, and calligraphy. Friend exposed Steinweiss to the works of the great graphic designers of the time, including Lucian Bernhard, A.

Upon graduation from high school, the School Art League awarded Steinweiss a one-year scholarship to Parsons School of Design in New York. He almost left after the first year, convinced, in spite of the depression, that he would be able to get a job. Before quitting school, however, he wrote to illustrator Boris Artzybasheff, who, instead of offering employment, advised Steinweiss to finish school. Afterward he presented himself, unannounced, to the New York studio of Lucian Bernhard, the German master of poster and type design.

Bernhard's son, Carl, answered the door with a rankled, Don't you know you're supposed to call for an appointment? But Steinweiss confidently handed him his portfolio and requested that the master peruse it. Carl glanced at the work, was impressed, and brought it to his father.

A half an hour later, Bernhard came out of his office and informed Steinweiss that he had already phoned Joseph Binder, the Viennese poster maker who was looking for an assistant. Steinweiss worked for Binder for almost three years until he quit to form his own studio. Six months later he got a call from Robert L. Leslie, who recommended him as an art director to Columbia Records. At Columbia, Steinweiss evolved a unique cover art style mingling musical and cultural symbols.

His first cover, for a collection of Rodgers and Hart music, featured a theater marquee with the album's title appearing in lights. He designed images for jazz recordings by Louis Armstrong and Earl Hines, and numerous classical, folk and pop recordings. Newsweek reported that sales of Brt/no Walter's recording of Beethoven's "Eroica" symphony "increased 895%" with its new Steinweiss cover. " His signature, the "Steinweiss scrawl, became ubiquitous on album covers in the 1940s.

A-D magazine was the leading voice of the U. As a publication produced by and for professionals, it spotlighted cutting-edge production technology, such as acetate inserts, 4-color letterpress printing, custom binding and the highest possible quality reproduction techniques (from engraving to plates).

For an excellent and ever-changing selection of rare and out-of-print design books and periodicals covering all aspects of 20th-century visual culture. Please contact me for details. The item "1941 Alex Steinweiss A-D MAGAZINE rare Cover + Record Album Graphic DESIGN issue" is in sale since Thursday, November 14, 2019. This item is in the category "Books\Antiquarian & Collectible".

The seller is "modernism101" and is located in Shreveport, Louisiana. This item can be shipped worldwide.