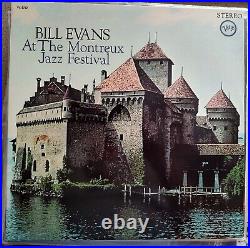 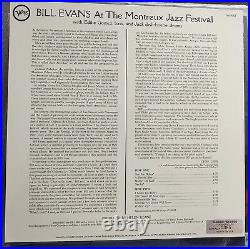 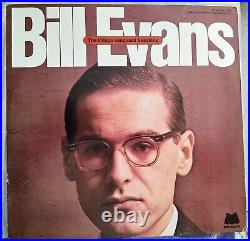 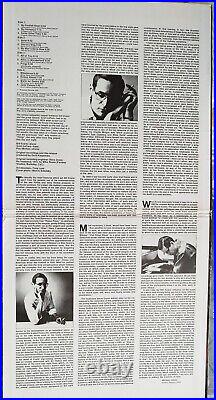 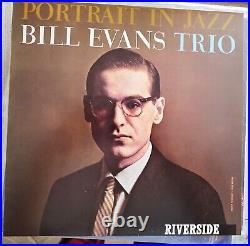 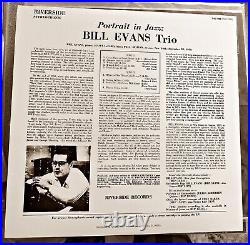 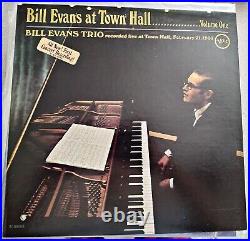 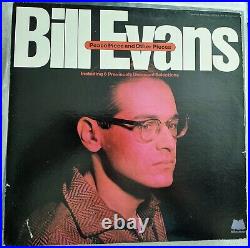 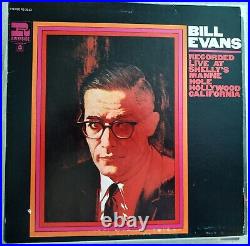 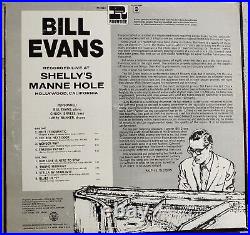 Bill Evans Lot of 6 Albums - Vinyl is all Near Mint and Covers are VG+ to NM. William John Evans (August 16, 1929 - September 15, 1980) was an American jazz pianist and composer who mostly worked as the leader of a trio.

In late 1959, Evans left the Miles Davis band and began his career as a leader, with bassist Scott LaFaro and drummer Paul Motian, a group now regarded as a seminal modern jazz trio. In 1961, two albums were recorded at an engagement at New York's Village Vanguard jazz club, Sunday at the Village Vanguard and Waltz for Debby; a complete set of the Vanguard recordings on 3CDs was issued decades later. However, ten days after this booking ended, LaFaro died in a car accident. After months of seclusion, Evans reemerged with a new trio, featuring bassist Chuck Israels.

In 1963, Evans recorded Conversations with Myself, a solo album produced with overdubbing technology. In 1966, he met bassist Eddie Gómez, with whom he worked for the next 11 years. During the mid-1970s Bill Evans collaborated with the singer Tony Bennett on two critically acclaimed albums: The Tony Bennett/Bill Evans Album (1975) and Together Again (1977).

Bill Evans, piano - Chuck Israels, bass - Larry Bunker, drums. All vinyl (except for sealed albums and new Mosaic Boxes) have been professionally cleaned with an Ultrasonic Cleaner and in some cases treated with the "Last" preservative. Plus all albums come with an external plastic protective cover.

Wherever I can I include the original inner sleeve but put cleaned vinyl in a new white non-toxic paper sleeve. IMPORTANT NOTE - Regarding the quality and playback of vinyl records. Vinyl, generally, is in various stages of quality depending on being an original pressing, deep groove, physical condition, and age of album.

The older vinyl is usually dryer which creates little ticks and pops, but that can be handled by professionally softening records with with "Last" record preservation treatment. Another thing to consider is the quality of playback equipment like turntable cartridge and needle. Worn needles can cause all sorts of distortion and damage vinyl irreparably. Plus the difference in sound between a needle's shape, conical, elliptical or the other two can make a big difference in sound as well as picking up imperfections on the record. No vinyl is 100% perfect and even some have particles can be left from the pressing that have to be cleaned off for a pleasant listening experience.

I've been collecting for many years but for the pleasure of playing music not collecting special pressings for resale. I do not test play every album only visual inspection according to Goldmine standards. As stated all my albums have been professionally cleaned with my Ultrasonic cleaning system, except or new (sealed) and new Mosaic box sets (opened for inspection but never played).

So make sure it's what you want. This item is in the category "Music\Vinyl Records".

The seller is "goldnmusic" and is located in this country: US. This item can be shipped to United States.