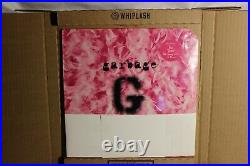 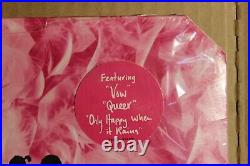 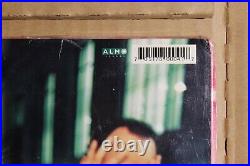 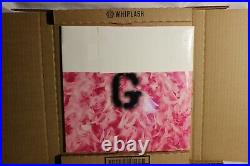 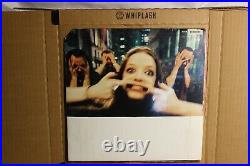 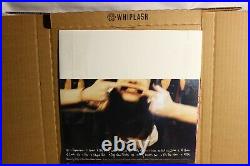 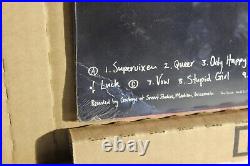 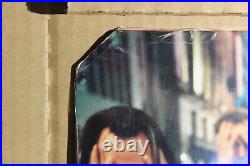 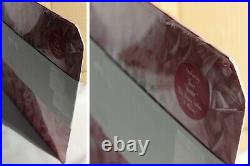 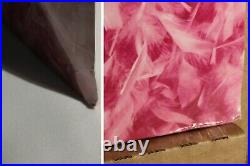 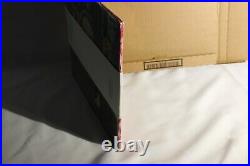 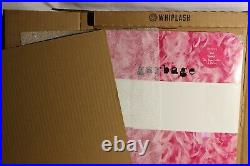 Garbage - Garbage Debut Album (Rare Vinyl AM52-80004, 1995) New/Sealed Read Info. Brand new / sealed copy of the August 15, 1995 release. Please read entire description and view all pictures before purchasing. Brand new / sealed copy of the August 15, 1995 release that is still sealed and in its original packaging/wrap with the pink circle sticker featuring'Vow','Queer','Only Happy When It Rains' AMS2 - 80004. Note that the top right has a "cut corner" as it was bought from a clearance bin in the late 90's. I bought this record in2012 from someone who I believe to be the original owner, a fellow Garbage fanatic that told me he bought it from a clearance bin. Garbage is my favorite band and I originally bought this album to play it as it is probably my favorite album of all time. That said, I couldn't bring myself to open it as, by that time, it was over 15 years old, and I felt it was too special and instead I kept it (upright)in a safe for extra protection.

So this album remains as it was in the sales bin in the late 90's. It does have some bends and shelf wear which is to be expected for something that was in a public store long enough to get put in the clearance bin.

Check out the pictures, which were taken by me today, for better views of the wear and bends. Also, the white paper surrounding the album was on there when I bought it. I have never removed it as I wanted to keep this in its original state. Not sure if this was added by the store or previous owner, but either way I didn't touch it. I moved it in different positions so you could see each part of the album behind it.

If you would like to see more angles, let me know and I can send. I'm a non-smoker with no children but kept this (stored upright) in a large safe so it was never exposed to danger. A divorce and the pandemic has forced me to sell this copy to someone that will appreciate it as much as I do. The way to tell the original pressing is by the UPC barcode (7 05178 00041 7) on the back.

The counterfeit pressings do not have them. On the inside, according to other sites, this contains Double LP with3 tracks per side. The vinyl has the Shirley hair photo on one of the sides on each vinyl. The reverse shows the tracks on either side.

Mastertone is stamped on the vinyl itself near the center. The two LPs are both in paper sleeves with some lyrics and thank yous from the band. Take note of this Whiplash box in the pictures as well as how it will be packed. Happy to answer any questions! Label: Almo Sounds - AM52-80004. Format: 2 x Vinyl, LP, Album. Style: Alternative Rock, Pop Rock. Only Happy When It Rains. This item is in the category "Music\Vinyl Records". The seller is "johnbender84" and is located in this country: US. This item can be shipped to United States.