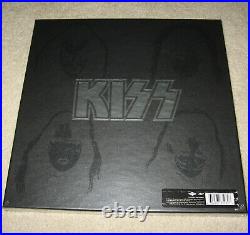 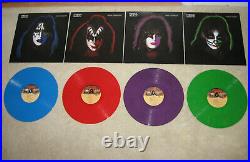 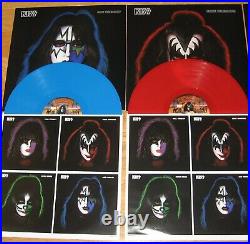 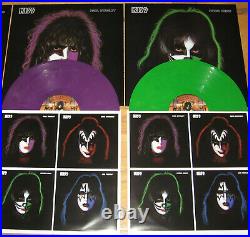 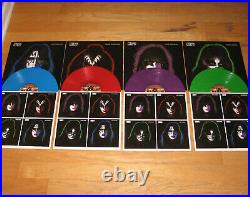 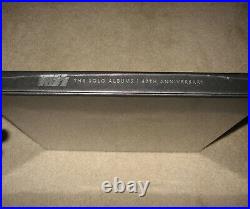 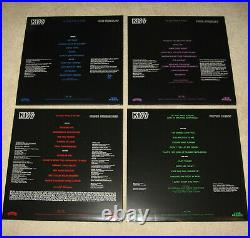 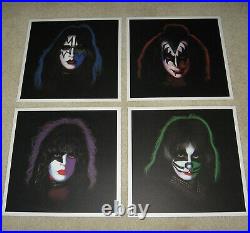 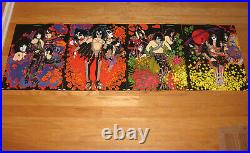 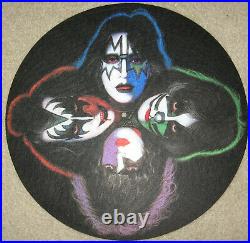 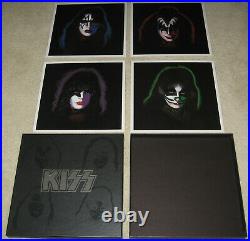 This amazing, limited edition deluxe COLORED VINYL box set celebrates the 40th anniversary of the 1978 release of all four solo albums by the founding members of KISS. Only 2,500 sets were produced in 2018. Unlike the 2014 reissues of all Kiss albums, the albums in this box set were made just for this set, with unique tip-on style jackets that are made of sturdier, thicker paperboard stock. And, these jackets do not have UPC bar codes on them.

Each album also includes glossy reproductions of the posters that were included in the 1978 releases. The four posters interlock with each other to form one large mural. This set also includes high-quality prints of all four album covers, plus a felt turntable mat that has the images of the four album covers. This item is in the category "Music\Vinyl Records". The seller is "mawkie24" and is located in this country: US.