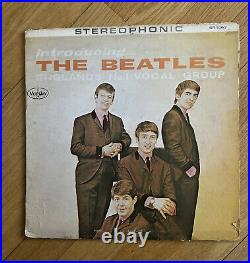 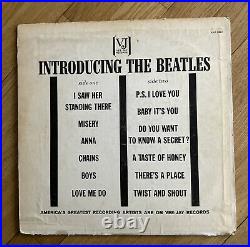 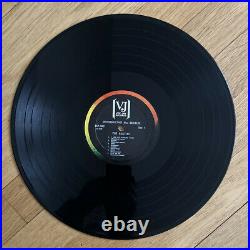 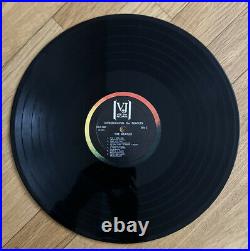 Please see photos as part of the item description. It's third cover edition that contain Vee-Jay's official back cover, with Introducing The Beatles near the top and the song titles in two columns underneath.

On 16 January 1964, less than a week after Introducing... The Beatles was released, Vee-Jay was served with a restraining order stopping further distribution. Capitol Records' publishing subsidiary, owned the American publishing rights to "Love Me Do" and P. I Love You, and because the two songs had not yet been officially released in the US, Beechwood refused to issue a license for Vee-Jay to release them. Approximately 80,000 copies of Introducing...

The Beatles had been released with the two songs on them, with only 2,000 or so in stereo. Track Listing: Version one 1. "I Saw Her Standing There[a]" McCartney 2:50.

This item is in the category "Music\Vinyl Records". The seller is "felik-gu" and is located in this country: US. This item can be shipped to United States.