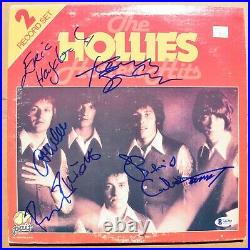 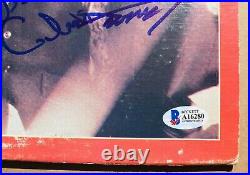 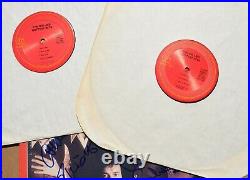 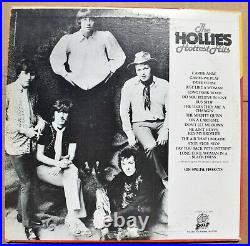 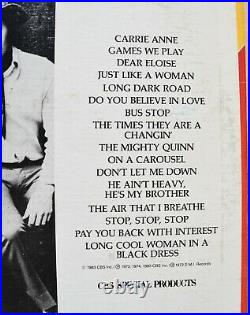 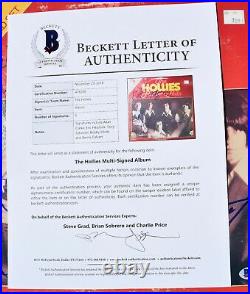 Talk about a great Gift. This is a album cover of The Hollies's Hottest Hits album that.

Has been hand signed by all 5. This signed album cover has been certified by Beckett (BAS) and comes with their.

ERIC HAYDOCK - The original bassist for the Hollies - died in January 2019. TERRY SYVESTER - Took over for Graham Nash in 1968 - 72 years old. BOBBY ELLIOTT - Joined the Hollies in 1963, considered one of the best drummers ever in Pop/Rock - 77 years old.

BERNIE CALVERT - Played keyboards permanently for the Hollies from 1966 to 1981. This album contains both records with sleeves as shown in pictures. The cover is showing some wear, ck. This album contains hits like- Carrie Anne, Do You Believe in Love, Bus Stop, The Times They.

Are A Changing, The Mighty Quinn, Don't Let Me Down, He Ain't Heavy He's My Brother, The. Air That I Breathe, and LONG COOL WOMAN IN A BLACK DRESS. THIS WOULD LOOK GREAT ON A GAME ROOM OR OFFICE WALL.