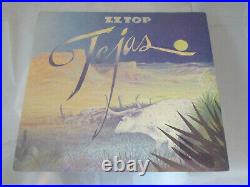 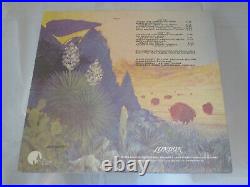 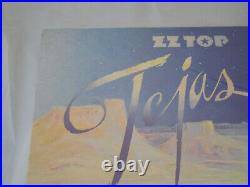 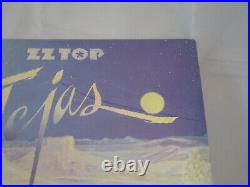 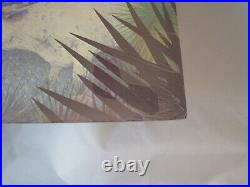 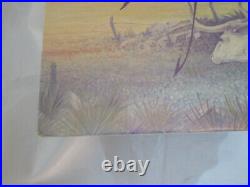 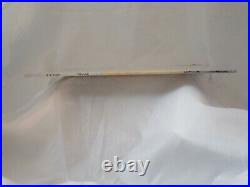 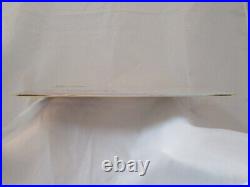 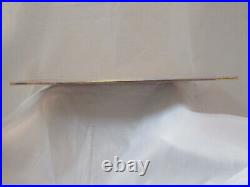 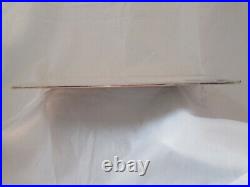 ZZ Top Tejas Sealed Vinyl Record LP Album USA 1976 1st Press London PS 680. Format: Virgin Vinyl LP - Original Factory Sealed. LP housed in top-loading roll-fold cover with the three interior panels featuring images of the band members. Tejas is the fifth album by the American rock band ZZ Top, released in late November 1976. The title is the modern Spanish word for Texas, the band's home state Tejas was produced by Bill Ham and recorded and mixed by Terry Manning. In 1987, a digitally remixed version of the recording was released on CD and the original 1976 mix version was discontinued. The remix version created controversy among fans because it significantly changed the instrument balance and the sound of the instruments, especially the drums. Arrested For Driving While Blind. Enjoy And Get It On. THE VIRGIN VINYL ALBUM IS STILL ORIGINAL FACTORY SEALED. TOP-LOADING ROLL FOLD COVER IS STILL SEALED AND COVERED IN ITS ORIGINAL FACTORY SHRINK WRAP W/ SOME CORNER WEAR.

NO OTHER IMPERFECTIONS ON THE COVER. No split seams No creases No cut-out (drill) holes No cut-out corners No saw-marks or indents No dirt/dust rubbing stains (friction marks caused by rubbing against other covers) No yellowing from aging No writing No stickers or labels No tape No water damage No warping No wax, paint or liquid drops on the cover No glue traces or wax residue. Please use all the pictures to help with the condition.

If any questions, please ask! Thank You From Zombie Sounds.

This item is in the category "Music\Vinyl Records". The seller is "atl0325" and is located in this country: US.